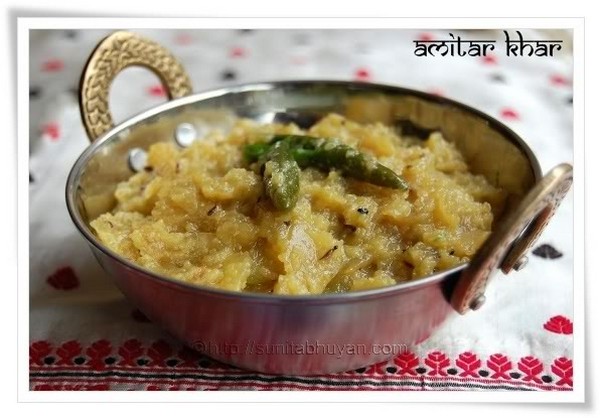 The khar is a signature class of preparations made with a key ingredient, also called khar. The traditional ingredient is made by filtering water through the ashes of a banana tree, which is then called kola khar (The name derived from the locale term of Banana, Kol or Kola). A traditional meal invariably begins with a khar dish, made of raw papaya, pulses or any other main ingredient. X

Luchi is a deep-fried flatbread made of wheat flour that is typical of Bengali cuisine, Assamese, Maithili and Oriya. In order to make luchis, a dough is prepared by mixing fine maida flour with water and a spoonful of ghee, which is then divided into small balls. These balls are flattened using a rolling-pin and individually deep-fried in cooking oil or ghee. A typical luchi will measure 4-5 inches in diameter. They are usually served with curries or gravies. If maida is substituted with atta, it is called a Poori. Luchi that is stuffed is called kochuri; kochuri stuffed with mashed peas (koraishutir kochuri) is one notable variety. 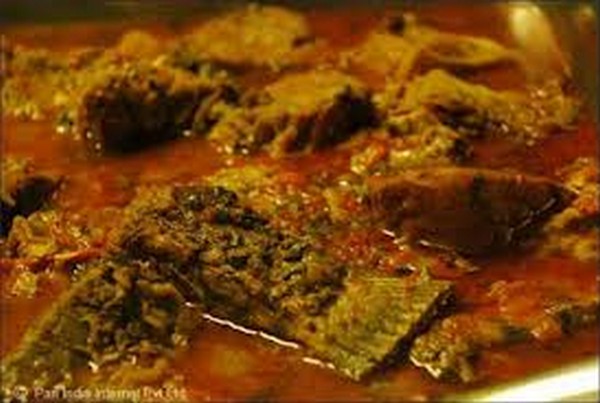 The tenga is a light and sour fish dish, another signature class of preparations. The souring ingredient could be mangosteen, lemon, etc., but the most popular is that made with tomatoes. Fish dishes made with fermented bamboo shoot are generally sour, but they are not called tengas. Fish is fried in mustard oil or curried with bottle gourd or spinach. Another tenga dish is prepared with matimah (urad bean) and outenga (elephant apple). Bottle gourd also can be added to it. Tengamora or noltenga and lentil is also a distinct tenga curry. 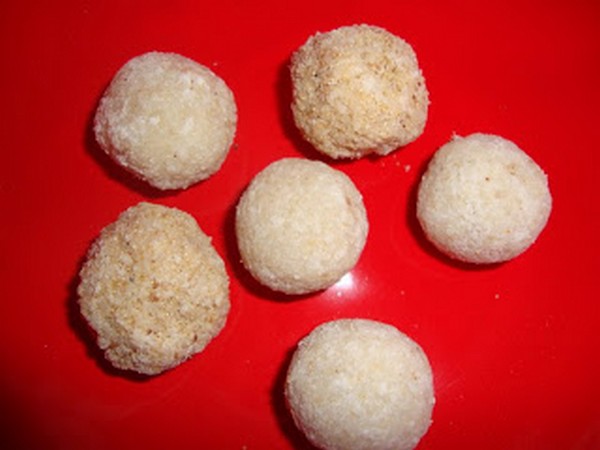 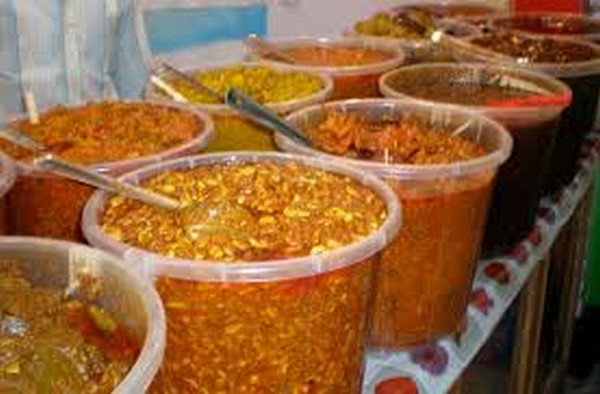 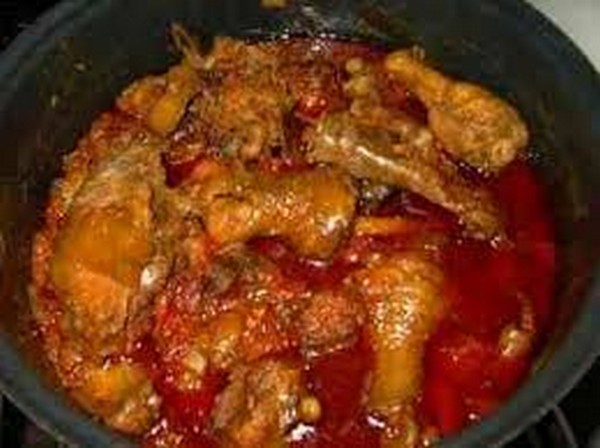 The Assamese meat and fish dish are characterized by low amount of spices and oil, higher quantity of ginger, norosingho paat (Curry leaves) and lemon juice. This is quite different from Bengali dishes in taste. Pork and Beef are not taken by the majority of Assamese as they practice Hinduism however, beef is eaten by the people of Islamic faith primarily, Assamese Muslims, although a few Assamese communities such as Ahoms and to an extent Kalitas may also have pork, but that is not taken by the Assamese Muslims and Brahmins of Assam Valley (the Indo-Aryan community). The basic cooking method is boiling. Onla, of the Bodos, is made with ground rice and special herbs, and constitutes a complete meal in itself. Other meats include squab, duck, chicken, mutton, venison, and turtle although venison and turtle meat are legally prohibited. The combination of duck